Explore Dublin by Sailing with Seatruck

Explore Dublin by Sailing with Seatruck 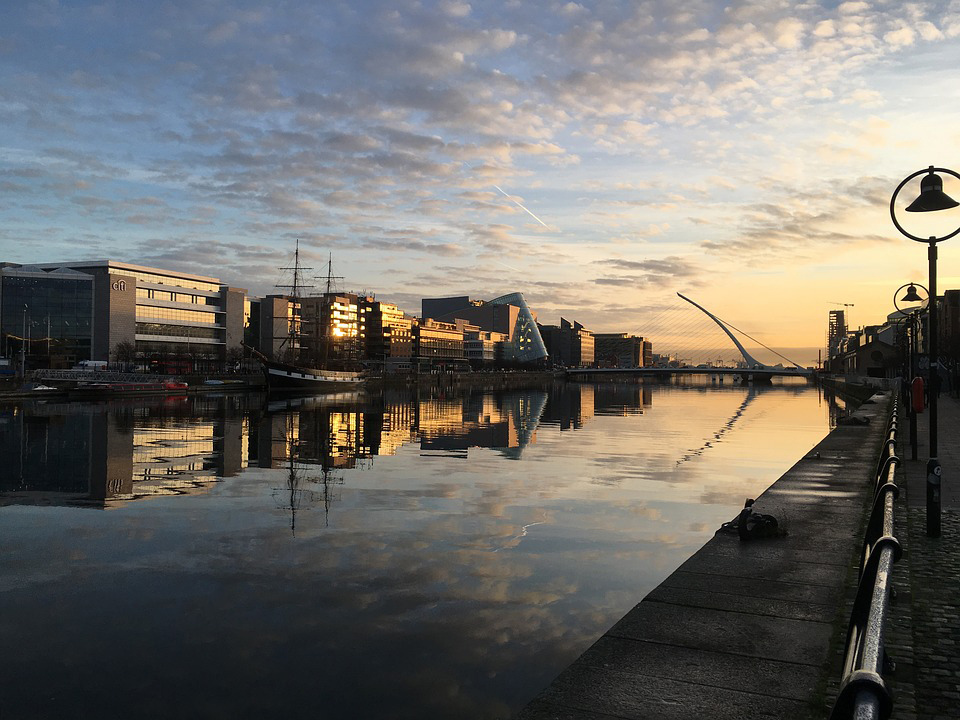 Beginning our exploration of things for you to consider doing when you ship via our passenger services, our first port - which is accessible from Heysham and Liverpool - has plenty going on...

Baile Átha Cliath, meaning “Town of the Hurdled Ford” was a settlement to the west of today’s city, which took its name from a major ford that proved important in providing links across the River Liffey. It was also believed to be at the centre of a crossroads of the legendary roads of Tara, which provided links across Ireland.

Duiblinn meaning “Black pool” was named after an ecclesiastical settlement created around the 7th century next to a tidal pool of water stained black from peat, formed where the River Poddle met the River Liffey. It is believed to have been situated where Dublin castle is today.

After years of coastal raids, 837 AD saw the arrival of a large fleet of Viking longships and heralded a new age for Ireland. Led by Turgesius, they corrupted the Gaelic name into Dyflinn, and during the tenth century a recognisable town developed, which once established became the largest Norse Kingdom in all of Europe.

The Port of Dublin was originally situated a few miles upriver from it’s current location, close to Christchurch Cathedral. This changed once the new Custom House opened in the 1790s, as Dublin began to thrive as a commercial hub.

Based on its Masterplan 2040, Dublin Port plans to invest a further €147m during 2019 as part of it’s €1 Billion ten year programme of works.

We have to mention it – Dublin is a city known all over the world for its pubs, bars, and drinking.

Ever since Arthur Guinness signed a 9,000 year lease on the St James’ Gate Brewery on 31st December 1759, Guinness and drinking culture have become synonymous with Dublin, attracting visitors and tourists, hen and stag parties, all flocking to have a great time.

After its inception in the year 2000, the Guinness Storehouse has become one of the most popular tourist attractions in Ireland and welcomed over 15 million visitors through its gate to recently claim the title of Europe’s Leading Tourist Attraction at the World Travel Awards.

Located in the heart of St. James’ Gate Brewery, the interior is designed to look like a pint of Guinness itself which makes it the largest pint in the world.

For around €18 you can learn all about how the stout is brewed and take a tour through seven floors of the factory’s history. Plus, at the end of the tour you receive a free pint which you can enjoy in the world-famous rooftop Gravity Bar with a 360 degree view of the Dublin skyline.

The original location of the historic distillery which began in 1780, founded by John Jameson.

The site was closed in 1976 and the whiskey is now produced in the New Midleton Distillery outside of Cork, but following an €11 million renovation, the Bow Street Distillery reopened and has now become the world's most visited distillery. It is also the ‘World’s Leading Distillery Tour’ as recognised by the World Travel Awards in December 2018.

Perhaps the most iconic bar in Dublin, The Temple Bar dates back to 1840 and remains as popular as ever to this day. Located right in the centre of the city with its famous red exterior, live music, and wide selection of drinks, it is a must for many visitors to Dublin.

Whether its Dublin Castle, the seat of English and British rule in Ireland from 1204 until 1922; Kilmainham Gaol (Gaol meaning ‘Jail’) which was in active use from 1796 to 1924; Trinity College, founded by Queen Elizabeth in 1592, whose library houses the exquisite Book of Kells; or St Patrick’s and Christ Church - Dublin’s two Cathedrals… there really are too many to choose from.

The Spire of Dublin

The newest landmark in Dublin, created during the ‘Celtic Tiger’ – a period between the mid-1990s to the late 2000s which saw massive economic growth in Ireland – the Spire, or Monument of Light stands at 120 metres, and is situated on O’Connell Street.

With all this to offer and so much more, take advantage of our great rates for cars and motorhomes by travelling from Heysham<>Dublin or Liverpool<>Dublin this Summer.