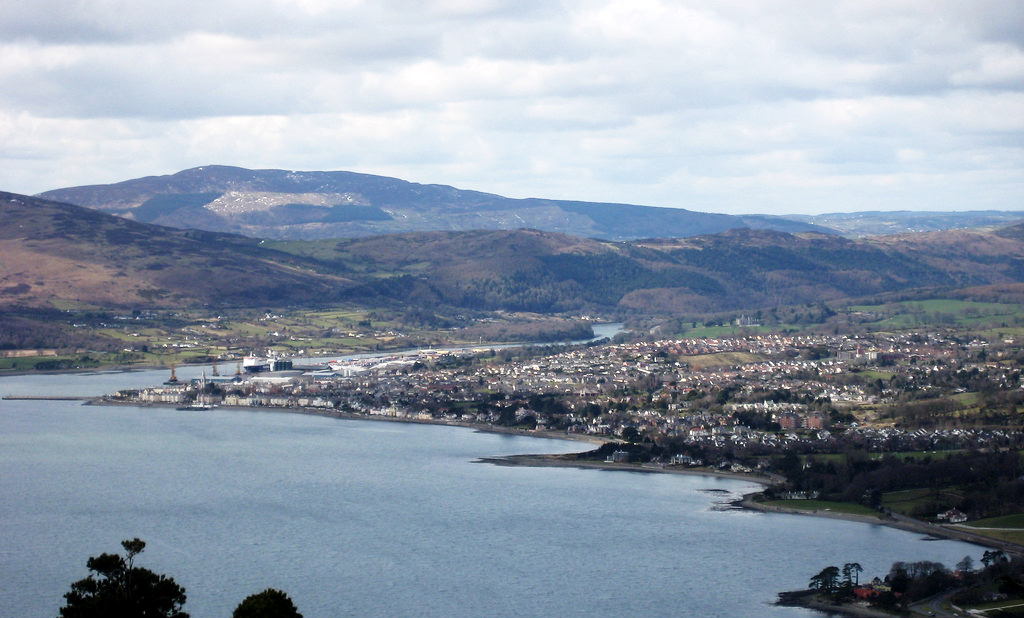 Northern Ireland has so much to offer.
Continuing our look at a few of the experiences you can take advantage of by sailing with Seatruck; this week its Warrenpoint, accessible from Heysham…

A designated Area of Outstanding Natural Beauty and proposed as the first national park in Northern Ireland, the Mourne Mountains are home to some truly spectacular views.

If you are looking for something a little less taxing but equally rewarding, the Ring of Gullion is a circular walk situated just South of Newry, which passes ancient monuments and rewards you with stunning views. Formed by a massive volcanic explosion around 60 million years ago, the Slieve Gullion Ring Dyke includes some 20 historical tombs dating as far back as 4000 BC, as well as an array of important historical monastic sites and castles. These include Kilevy Old Church and Moyry Castle.

Mourne International Walking Festival, which celebrated it’s 20th anniversary last year takes place between Friday 28th and Sunday 30th June in Newcastle, County Down. It’s only a 40-minute drive from Warrenpoint. The event welcomes guests from as far afield as Australia, New Zealand and the USA, who will be able to take part in a range of walks suitable for all abilities.

Mourne is also a thriving hub for activities such as Kayaking, Canoeing, Mountain Biking, Rock Climbing, and many more.

You are probably aware of the multi-award-winning global phenomenon that is Game of Thrones, but do you know just how much of the show has been filmed in Northern Ireland?

Numerous locations have been used, stretching from Ballintoy Harbour in the North – just East of Giant’s Causeway – all the way down to Sandy Brae, passing through The Dark Hedges – one of the most photographed landmarks in Northern Ireland – down to Castle Ward in Stangford, the setting for Winterfell.

Tollymore Forest Park has been used for several shoots, notably Altavaddy Bridge, as well as the very first scenes from the very first episode. Located just outside of Newcastle, the forest hosts walking tours as well as a number of other outdoor activities, and is just a 40-minute drive from Warrenpoint.

The Open Championship returns to Northern Ireland’s Royal Portrush in 2019 for the first time in 68 years and is only the second time in the tournament’s history to be played outside of Scotland or England. The Dunluce Links will host the greatest players in the world, including Holywood’s very own Rory McIlroy.

McIlroy also lists Newcastle’s Royal County Down as one of his favourite courses in the world. A course renowned for its test and beauty, it has hosted both the Walker Cup and the Irish Open. Royal County Down is only 40 minutes from Warrenpoint, where the Mourne Mountains provide a suitably fantastic backdrop.

With prices starting from as little as £119.00 one way from Heysham – Warrenpoint, maybe its time you took the chance to explore Northern Ireland yourself.

For further information on these, as well as the wide variety of other incredible adventures to be had, visit https://discovernorthernireland.com