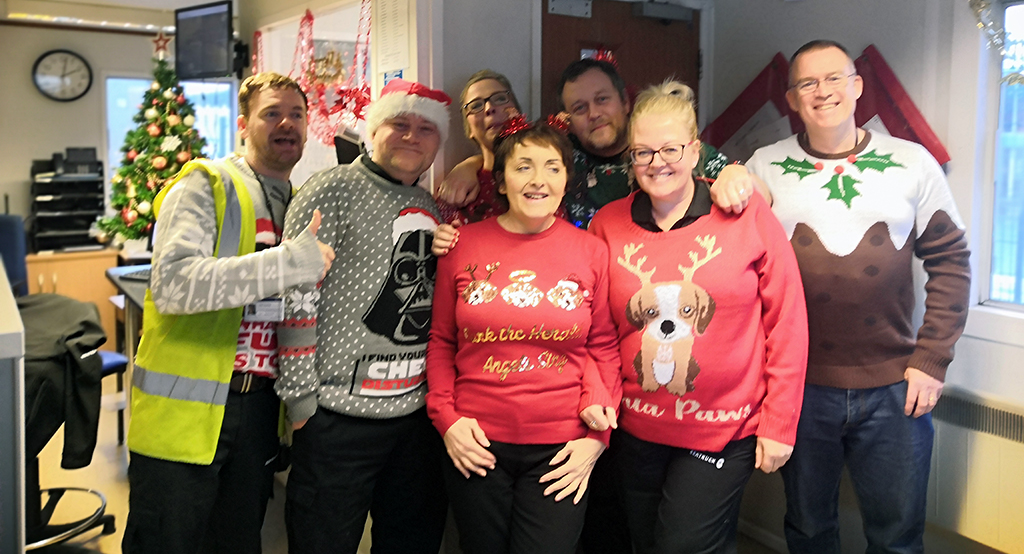 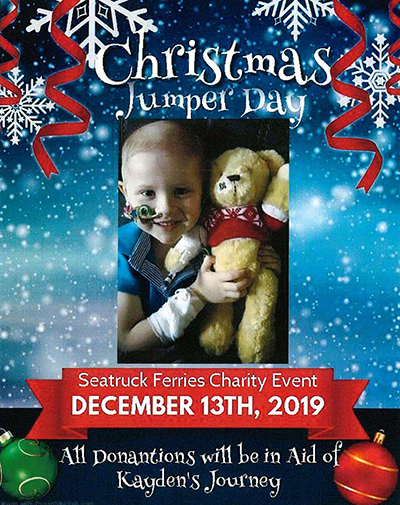 This year’s annual Christmas Jumper day in Warrenpoint was in aid of Kayden’s Journey.

Little Kayden Mc Keown aged just 5 years old from Mayobridge was diagnosed with Acute Lymphoblastic Leukemia (ALL) T Cell in May 2019 just before finishing his first year in P1 at the local Primary school.

Doctors in the Royal Victoria hospital Belfast immediately started chemotherapy on little Kayden. Many weeks in and after numerous tests they identified a gene usually only found in adult leukemia, this now meant that they had to start a new drug which is normally only given to adults.

Kayden has had multiple periods of sickness with various types of chemotherapy plus countless admissions to the Royal Victoria Hospital from his diagnosis, most recently 6 times within a fortnight.

An MRD test was carried out to determine if this new chemotherapy drug was working to destroy the gene producing such cells, but unfortunately it did not work as well as expected. They are now faced with the only option left which is for Kayden to have a bone marrow transplant.

Sadly he will now have to undergo two months of further gruelling chemotherapy & radiotherapy before he is flown to Bristol Hospital along with a donor to receive his transplant.

The funds raised will go to helping provide for the costs surrounding his stay in Bristol.

Wishing Kayden every success in his treatment from everybody in Seatruck and all those who contributed so generously.